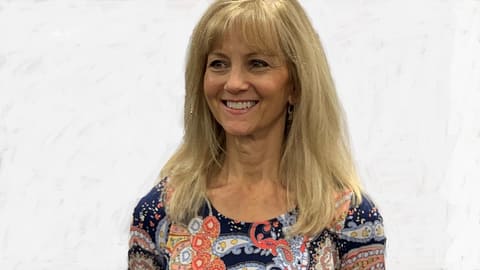 Stephanie works with organizations that want to create a great Company Culture to outlive, outlast and outperform their competition. With her training, speaking and consulting she helps her clients develop strong cultures by establishing customized in-house programs to create Traction not Transaction™ which helps employees do better on their jobs, decrease turnover and create a high engagement organization that’s a magnet to applicants.

In 2020 Stephanie invented the popular board game Company Culture – a Game of Workplace Traction not Transaction™ which is an exclusive element in her company culture workshops in analog and digital versions.

She has worked with companies like Faist GreenTec, Intel and Raytheon and has spoken to numerous conferences and associations such as IFMA and ASIS and SHRM.

Stephanie has been interviewed on all five Phoenix TV channels and has been featured in publications including the Arizona Republic and The Phoenix Business Journal.

She has 30 years’ experience working with companies like Doubletree Hotels, Scottsdale HealthCare and CopperPoint Mutual to grow and thrive. She has written a book, invented two board games, and spoken all across the U.S. and in Europe.

Stephanie is an eSpeakers Certified Virtual Presenter, a professional member of National

Speakers Association is a Vistage Worldwide speaker and a member of Society for Human Resource Management. She has served in several leadership roles. In 2014 she co-created the first-ever board game to address domestic violence – OUTrage™ – A Game to Recognize and Change Abusive Behavior.  Stephanie cowrote the true crime memoir Serrated. She has won several awards for her work.

She has dual US and EU citizenships. 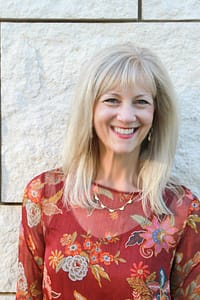 A Message from Stephanie

I love what I do. Very simply, when companies I work with report high employee satisfaction, great employee retention and loyalty – when they achieve, and even surpass their goals, I succeed too.

Call it living vicariously if you want to.  It doesn’t matter to me.  What matters is that every company and its employees enjoy professional growth and development.  It’s not about hearing a keynote, participating in a workshop or receiving coaching that’s forgotten as soon as it’s over.  It’s about lifetime change. I believe I’m on this earth to help others.  Why would you care about that?  Because my drive to help you can’t be manufactured.  It’s a completely organic element that you need to make your business a success.

People are the least disposable asset your company will ever have.  I’ve been there too – I’ve worked in toxic environments with bullies, and in joyful workplaces with inspiring leadership. I take the latter every time – and so will your employees.

I know this because NO business succeeds in a completely isolated vacuum.   The only thing that you’ll find in a vacuum is dust.  OK, maybe the occasional button, and your dog’s chew toy that’s been missing since 1982.

But you get my point.

I love what I do – I create Traction not Transaction™

While Stephanie Angelo is not a particularly common name, I’m not the only Stephanie Angelo out there. There have been occasions where my name was confused with other Stephanie Angelo’s. It has been attached to a couple articles that were about somebody else and not me. In one case an individual took my headshot, for an article about somebody else, and added a hyphenated last name after Angelo. Angelo happens to be my married name. If you want to read the actual bio of Stephanie Angelo, SPHR, SHRM-SCP, CVP Company Culture Speaker Trainer and Consultant who helps organizations create great company cultures in order to Outlive, Outlast and Outperform the competition – look at the bio on this page. https://stephanieangelo.com/about-us/

Best known for inventing e-Factor!®, the educational board game of business ethics, Marcy has become a powerful voice for her innovative approach to building successful leaders, entrepreneurs and professionals. Marcy is a business coach, entrepreneur and international speaker on business ethics and demystifying financial statements. She has spoken at Arizona SHRM chapter meetings as well as the Arizona Regional SHRM conferences in 2018 and 2019. She is the newly appointed CEO of The Williams Institute for Ethics and Management, a nonprofit 501(c)3 organization.

Pawfessors Kamille and Emma.  In charge of sleep studies.

Easy. Contact us to learn how we can help you attract, train and retain your employees.